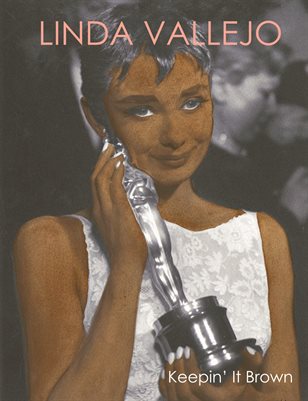 For the Brown Dot Project, Linda Vallejo transforms statistics regarding the number of Latinos in various sectors of Los Angeles into brown dots against a grid representing the rest of the population.

Vallejo creates visually striking, dynamic images as the discrete dots coalesce, into semi-abstract ideas, pop culture icons, sculptural forms. They form a hook, connecting the viewer to deeper issues resting within the data: each dot becomes a poignant metonymic suggestion of a Latino reality while also forming an expressive whole.

“           The conversion of data of any sort into an aesthetic experience is fanciful enough; but when the data being converted is loaded with meaning – and the meaning itself is loaded with a whole different, volatile aura of meaning – the artworks that result pack an invisible wallop… If not as a tool for change, then at least as an examination of the factors that necessitate such change, a passionate argument guided not only by reason, but by humor, craft, and beauty.”

Hours: 12-6pm Tues-Sat or by appointment.